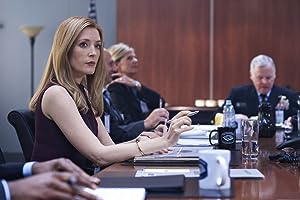 Salvation: Season 1, Episode 1: Pilot was the beginning of what could have been a great doomsday TV show about the end of the world, trying to averted that cataclysm, and how humanity dealt with an impending extinction level event (E.L.E.). What Salvation was, through its pilot episode script, was something that masqueraded as the former but was actually a shabby, un-thoughtout scifi / conspiracy drama filled with plot holes.

When M.I.T. graduate student Liam Cole (Charlie Rowe) realizes that his professor, Dr. Malcom Croft (Dennis Boutsikaris), may have been kidnapped, he immediately called 911. That’s logical, what almost everyone would have done in that situation. He then got chased by a mysterious black van. Why didn’t the people in the van drive Liam down, drive off, then destroy the van? They made that big show of chasing Liam for what? To intimidate him? When the chase ended, Liam didn’t call 911 again. Why? It seemed to be more important than ever.

Instead of going to the police department to report both incidents, Liam went to a rich tech mogul to tell him what had just happened. How in any way does that make sense? When Liam was in the presence of potentially the person that Dr. Croft contacted in the government about Liam’s discovery (easy supposition for a person of Liam’s intelligence to make), Liam said nothing about his missing professor. Why? Deputy Secretary of Defense Harris Anders (Ian Anthony Dale) was either the person that Dr. Croft contacted or Anders might have had the ability to find out whom Dr. Croft had contacted.

How could Liam not ask him? Even if it was a fishing expedition, why didn’t Liam gauge Deputy Secretary of Defense Anders’s response to his query? By Liam’s own admission, Liam was very observant.