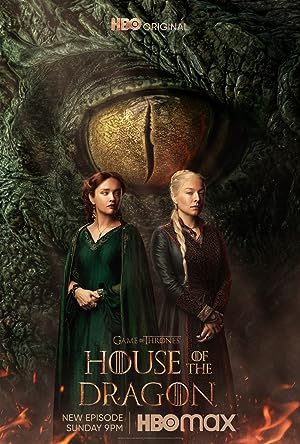 The Targaryen dynasty is at the absolute apex of its power, with more than 15 dragons under their yoke. Most empires crumble from such heights. In the case of the Targaryens, their slow fall begins when King Viserys breaks with a century of tradition by naming his daughter Rhaenyra heir to the Iron Throne. But when Viserys later fathers a son, the court is shocked when Rhaenyra retains her status as his heir, and seeds of division sow friction across the realm.

The first official ‘Game of Thrones’ spin-off series is here. Despite our initial hesitation (thanks, season eight), we have to admit that this prequel has hooked us in and stolen our (dragon)hearts all over again.

Cast your mind back to 2019 – everything seemed so much easier, right? It was a year Supermacs triumphed over McDonald’s, ‘GOT’ alum Sophie Turner married Joe Jonas, and ‘Downton Abbey’ was taking every mother’s money at the box office. No, three years isn’t that long ago, in fairness. But is three years enough to make us forget about that dud of a final season of ‘Game of Thrones‘?

‘House of the Dragon’ takes viewers back to Westeros 200 or so years before Daenerys Targaryen started to rise to power, to a time when her family ruled the seven kingdoms. Picking up 100 years into the Targaryen reign, led by King Viserys Targaryen (Paddy Considine), we witness multiple births, deaths and dragons weaving in and out of the storyline at a much slower pace than we’re used to. Thankfully, this initial slower pace in the first half of the season works before the cast changes and plot cogs begin to turn at a faster pace from episode six onwards.

We’re told the foundation of this story (based on George R.R. Martin’s encyclopedic book ‘Fire and Blood’) within the opening moments of episode one: King Jaehaerys Targaryen was the fourth king of the Targaryen Dynasty and, foreseeing a rift amongst his family in terms of his succession, to prevent a war breaking out he asked the people of the realm to elect his heir. Voting came down between Princess Rhaenys Velaryon (Eve Best) and her cousin Viserys, with the latter coming out on top.

And so, who will Viserys name as his heir? Dare he choose his eldest daughter, a young Princess Rhaenyra (Milly Alcock), which would be the very first time a Queen will rule the kingdom? Or will it be his brutish younger brother, Prince Daemon Targaryen (Matt Smith)? Treading spoiler territory is very difficult – so we’re going to nip the rest of the storyline in the bud right here.

Instead, let’s discuss how it feels to have something ‘Game of Thrones‘-related on our screens again. In all honestly, there’s a sense of comfort knowing that the battle for the Iron Throne is picking up all over again – even if it is in prequel form. As those ‘Game of Thrones’ credits roll (the very same ones are back once again – except this time there’s no epic intro to see unravel), you can’t help but feel a squeal of joy. Yay to unexpected medieval deaths!

Unbeknownst to us while watching the original series for the very first time, ‘Game of Thrones’ became synonymous with shocking its audience. The pilot episode famously involved an incestual romp which was followed by a child being pushed from a high window and remaining wheelchair-bound forever more. Little did we know that this would be one of the tamest episodes of the franchise.

The same can also be said for ‘House of the Dragon’, and fans will no doubt feel all warm and fuzzy knowing that there are shocking moments to come. Plus, there’s lots more dragons this time around, which is always fun to see. 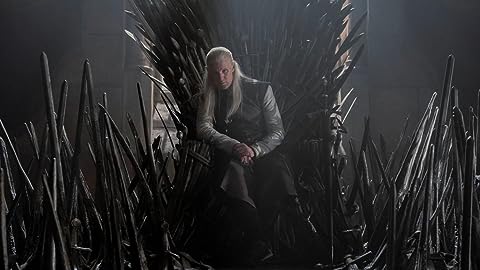 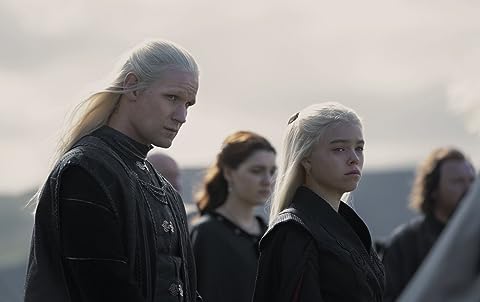 The Heirs of the Dragon | MKV 720p WEBDL

Viserys hosts a tournament to celebrate the birth of his second child. Rhaenyra welcomes her uncle Daemon back to the Red Keep.

Princess Rhaenyra dives deep into the prophecies about House Targaryen while confronting a realm that resists the idea of a woman on the Iron Throne, and Prince Daemon, embittered over being passed over as the heir to Westeros, prepares to go to war.

Daemon and the Sea Snake battle the Crabfeeder. The realm celebrates Aegon’s second nameday. Rhaenyra faces the prospect of marriage.

Daemon returns to court after the successful completion of the battle. Princess Rhaenyra must deal with potential suitors in order to keep her line of succession.

The source material is ambivalent about what caused the break between Princess Rhaenyra and Criston Cole, with some people saying that Rhaenyra trying and failing to aeduce and others saying that he tried unsuccessfully to induce her to run off with him. The show has both theories be essentially true, with Rhaenyra, successfully, seducing Ser Criston, and then having her reject his suggestion that they run off together.

Ten years after the wedding between Rhaenyra Targaryen (Emma D’Arcy) and Laenor Velaryon (John Macmillan), King Viserys (Paddy Considine) survived his collapse and has now fathered 3 children with Alicent Hightower (Olivia Cooke). Rhaenyra delivers another child but whispers surround their parentage (is Laenor Velaryon (John Macmillan) their father?). Daemon (Matt Smith) is married to a pregnant Laena Velaryon (Nanna Blondell), they are now in Pentos with their 2 children and receive and interesting offer. 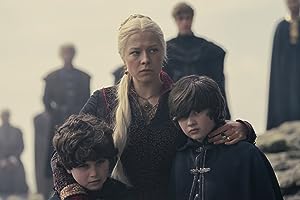 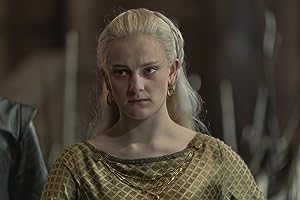 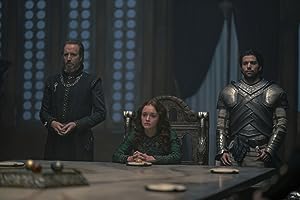 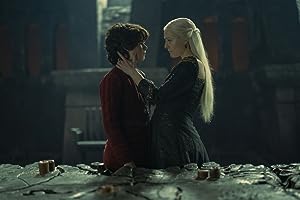